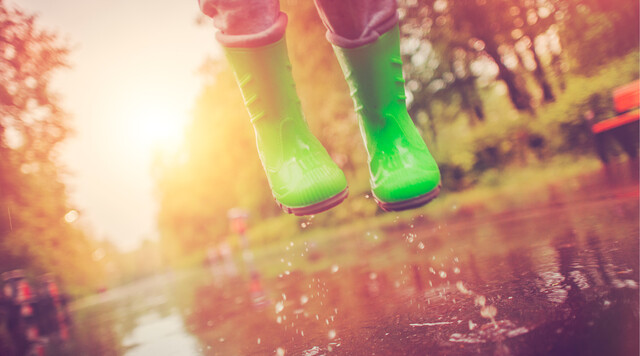 One day, Chad and Tracy received an unexpected call from The Family Centre. They learned that their daughter’s two children were in foster care due to abuse and neglect.

Their grandchildren had been in care for six months. Alyssa, a Kinship Support worker at The Family Centre, had been looking for extended family to provide kinship care when she located Chad and Tracy, the grandparents, in B.C. Chad and Tracy agreed to take the children for spring break and they were flown out to their grandparents’ home. “It was the best week that my husband and I could have had,” shared Tracy. “It was nice to finally be able to spend time with them.” At the end of spring break, Chad and Tracy flew back to Edmonton with the kids and moved forward with meetings to become their kinship caregivers.

When the kids settled into their new home in B.C. Chad and Tracy began to notice triggers. They recognized the transition was very difficult for the children and with the support of therapy were able to help them settle in.

Chad and Tracy’s world took another turn when their daughter’s baby was close to being born. Their daughter was sexually assaulted when her baby boy was conceived. She didn’t feel that she could raise her son because of the trauma.

At first, Chad and Tracy didn’t think that they could take on a baby. However, their other daughter ended up moving in with them. They knew they would then have more support. Their newest grandson was one week old when he came into their care. “It was mind-blowing. It was a shock to our system but we wouldn’t have had it any other way.”

The Family Centre helped Chad and Tracy get baby supplies to start them off with. Chad and Tracy were grateful for the dedication and care, especially for the first few months of COVID. Alyssa, a Kinship Support worker at The Family Centre, helped them get a printer for the kids, which made homeschooling easier. “She’s been godsent, I wish we had an equivalent to her here in B.C. It’s just not the same as the group in Edmonton.”

Tracy also kept the kids busy with crafts and activities. They even went camping, something the kids had never experienced before. They are excited to show the kids that the way they were raised isn’t the only lifestyle. “It was rewarding to give our love and to show them that there is more to life than being stuck in a bedroom.” Tracy enjoys the constant hugs and being told ‘I love you’ from her grandchildren. “It makes my heart filled with love, I don’t want to let them go.”

Chad and Tracy hope to eventually move into a bigger home and look forward to going on more camping adventures.