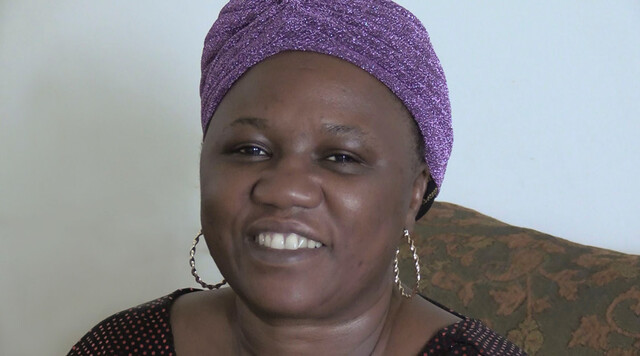 “It’s all about love,” believes Aminata.

Love and culture - the driving forces that put Aminata’s two grandchildren into her care.

“We have a parable that we say in our language, "There is no bad bush to put your kid away because of their bad behaviour." So, we have that impression, we have that culture.”

When Aminata’s daughter became overwhelmed by her responsibilities, she broke down. Her children were then placed into foster care. The thought of them being in care was heartbreaking for Aminata. She knew that she had to do something to help.

“Even though [my daughter] didn't tell me, I know they are my grandchildren. That would be my responsibility to step in to help.”

Aminata’s first challenge was to find a new home for the children to live in. Her daughter was restricted from seeing her children and couldn’t know where they were living. So, she made a deal with her sister.

“I told her, "You know what, I don't have a place. I want you to hold these kids for two months or three months and I will take over. I'm going to look for a place."

Within three months, that is exactly what Aminata did.

During the time she was looking, Aminata worked overtime to save up for a place. She would spend most of her time at her sisters with her grandchildren. It was important for her to show her determination and be involved in their lives. However, this involvement came with its challenges. Aminata had to drive to the other end of the city from her sister’s place to make it to work. She ended up being late several times and was called into the office because of it. She was nervous about losing her job but decided that being vulnerable and open was best. She explained her situation to her employer and told them she needed time to put things in place. They decided to give her that chance.

Once she had found a place, things began to look up. She was trying to keep the family together. But, she struggled with maintaining boundaries with her daughter. Aminata felt overwhelmed and needed support.

“When The Family Centre got involved it made me feel that they are helping me with the children and the support alone made a big difference for me.”

Angie, a Kinship Support Worker, helped her stay focused on tasks such as upcoming appointments and legal matters.

“I really appreciate the support I got with The Family Centre because to deal with Children Services is not a joke.”

Once Aminata had kinship of her grandchildren, she began thinking about helping her daughter.

“When you love someone unconditionally, you always have to be there for the person,” expressed Aminata.

Aminata felt a sigh of relief when Children Services finally closed their file. And, her daughter was able to be involved in her children’s lives again.

“It was a rough road, and there were lots of ups and downs, but finally, we made it.”

If you can relate with Aminata in any way, consider viewing the resources below:

Wendy's Story - Adjusting to Canada as a Kenyan Refugee