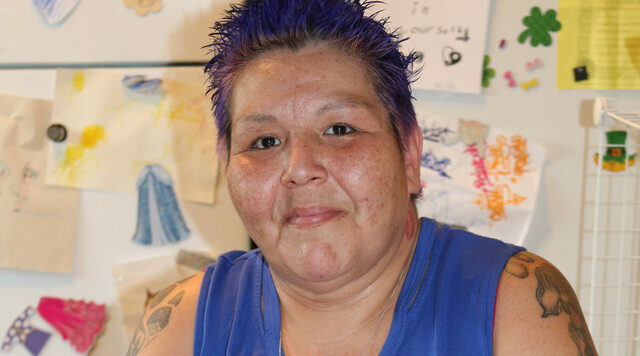 Crystal was caring for her grandchildren when her world turned upside down. She had been sober for sixteen years but was accused of using drugs and alcohol. The next day her grandchildren were taken into care. Nobody believed Crystal and the pain turned her back towards alcohol.

After the kids were taken, Crystal struggled with addiction for almost two years. She ended up living with her sister and was getting to spend time with her grandchildren. However, she knew that her sister had plans to move out. The thought of being homeless and not being able to see her grandchildren scared her. Crystal became motivated to quit drinking and did so without receiving treatment. “It all started with my prayer. After that, every drink I had was gross. I was like choking down my drinks and I just quit.”

Crystal’s sister started providing kinship care for the kids when Crystal was four days sober. They had a shared goal for Crystal to become the official kinship caregiver of the children in the end. Although they had their differences they worked together as a team for the children.

Crystal found it difficult not to be the grandma that just spoiled them. She had to learn about rules, discipline, and structure. She took many parenting courses and got resources from a support group led by other caregivers at St. Francis School. “I've got involved with a support group at the school every Thursday. I'm really well known at the school. I'm the purpled-haired grandma.” She found the classes that she took to be very useful. “It works. All the stuff I learned was like magic. I couldn’t believe it.”

Crystal also received support from workers at The Family Centre. At first, it was hard for Crystal to be open with them. She used to get anxious and nervous when it came to having meetings. Over time, she knew they were there to help her achieve her goal of gaining kinship. When her son ended up in the hospital, Crystal saw how much they supported her and her family. This meant a lot to her. Now, she gets excited for them to come to her home for meetings. “That’s growth,” said Crystal.

Her hard work and dedication paid off and she was able to get kinship of her grandchildren. “Me and the kids were screaming around and dancing when I got the papers”. However, the moment was bittersweet as she was told while her son was in the hospital. Shortly after, her son passed away. People around her thought that Crystal might relapse and start drinking again. Crystal stayed strong because of what her son told her. A few months prior he said that she was the strongest woman he knew.

“I don't want to let anybody down, especially them. So, I'll continue to do and work hard and keep them happy.” Loving her grandchildren is worth the struggle and is the easiest thing for Crystal to do.

If you can relate with Crystal in any way, consider viewing the resources below: