The Recognition Program: Working Together for the Common Good of the Youth 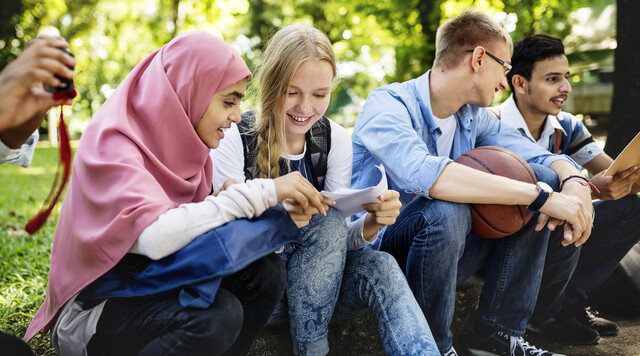 The Family Centre’s (TFC) youth liaisons form part of a large collaborative known as the Neighbourhood Empowerment Team (NET). For those of you who are not already aware, NET is a partnership of the Edmonton Police Service (EPS), City of Edmonton, The Family Centre and United Way of the Alberta Capital Region. Part of NET’s role is to support community development, using a proactive approach to crime prevention.

In today’s success story, we highlight the Recognition Program, an innovative initiative developed for students at a local school. This program was supported by The Family Centre’s Success Coach, Justine Schmidt, in partnership with members of the Alberta Avenue EPS Beats team for the common good of the youth.

Hannah and Justine initiated a conversation about building positive relationships between students at the school and EPS. Hannah, who is the youth liaison responsible for the North-West Division then used her relationship with the EPS to connect Justine to Constable John Thorpe. This connection gave birth to what later became known as the Recognition Program, which was set up by the students at the school, Cst. John Thorpe, and his team from the Alberta Avenue EPS Beats.  Cst. John Thorpe and his team engaged the youth in a proactive, meaningful way in an effort to foster healthy relationships.

As an incentive to excel, and promote positive interactions, the Recognition Program saw students receiving passes for West Edmonton Mall, movie passes, and certificates that Cst. John Thorpe made for Student of the Month. “I walked by his desk and saw him on the computer designing the certificates for the students,” Hannah recalls, as she took some time to highlight how intentional Cst. John Thorpe was about fostering positive relationships with the youth at the school. Cst. John also used a preexisting relationship he had built to acquire passes for the youth.

This project ran successfully for several months before coming to a halt due to the COVID-19 pandemic. “[The officers] were awesome and incredibly humble. The kids were so excited,” Justine says.

This story highlights the importance of using our pre-existing, and new relationships to bridge meaningful connections which can result in impactful collaborations. Today we acknowledge the great work done by the students, Justine, Hannah, and Cst. John Thorpe with the support of his team who all played a great role in the success of this initiative.